When I was growing up, my grandparents made two different types of stuffing. There was friendly competition between the families over which one was best.

On one side, a stuffing mixed with Italian sausage. On the other, a simple stuffing where the thyme and butter really came through. They were both delicious and it was hard for me to actually pick a favorite. Luckily, on Thanksgiving I could stuff myself with both.

This year, we’re keeping Thanksgiving small, just our immediate household. I thought since I didn’t have to please as many people I could be a little adventurous and try some other stuffing recipes.

I’ve narrowed it down to these four. They all look delicious.

This amazing stuffing from the family at Cooks and Kid should please even the landlubbers in your family.

Heidi at Foodie Crush shares her family’s stuffing recipe. She says the savory and sweet flavors are what make this Thanksgiving stuffing extra special. 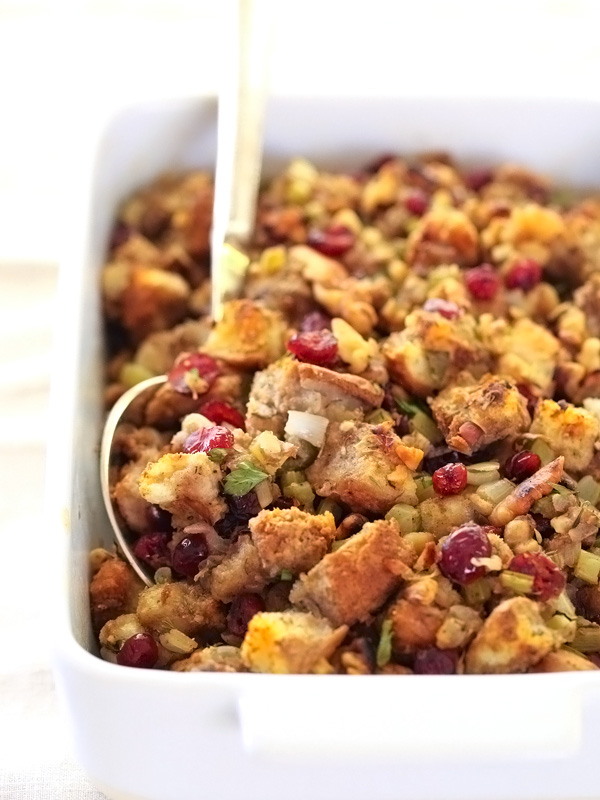 Cranberry and Walnut Turkey Stuffing Recipe | foodiecrush.com
This simple turkey stuffing recipe is studded with dried cranberries, walnuts, celery, and onions, for an easy addition to your Thanksgiving table.

Another stuffing recipe that puts savory and sweet together is this Bacon and Bourbon stuffing from Elsie and Emma at A Beautiful Mess. 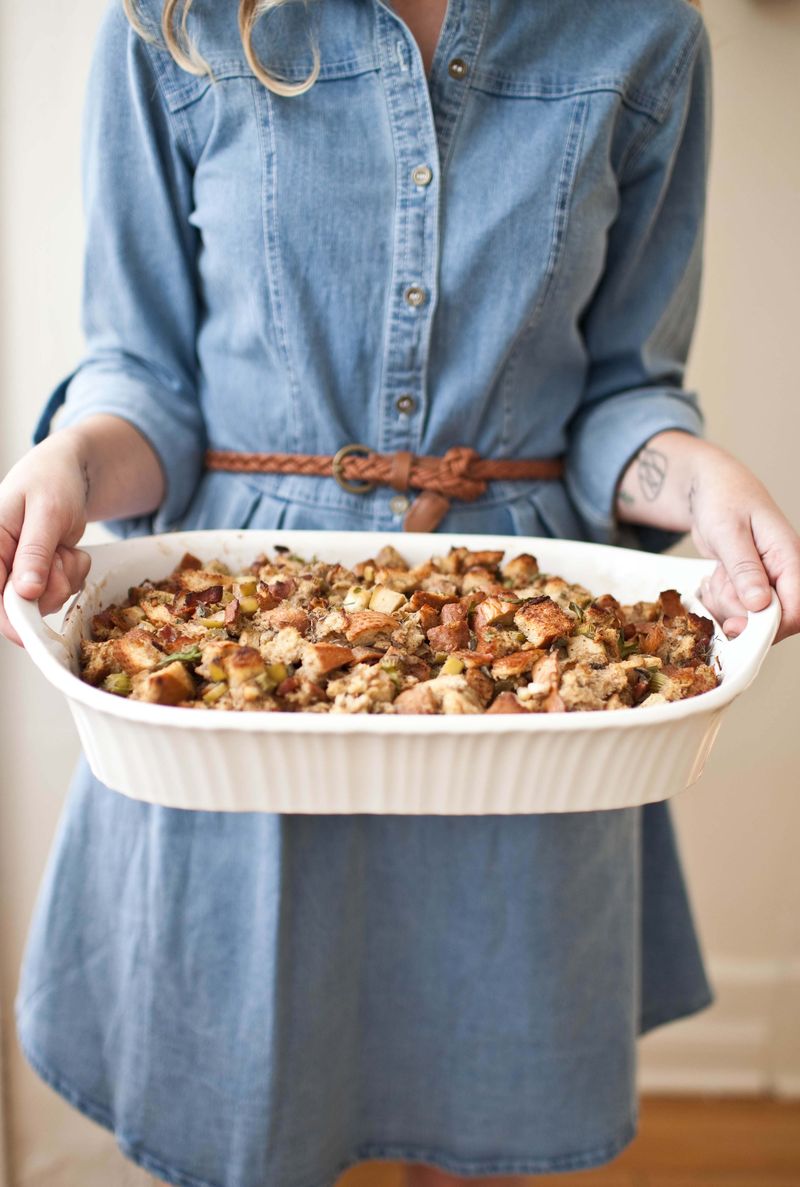 Bacon and Bourbon Stuffing - A Beautiful Mess
I’m not sure if you should pick favorites, but this was my favorite dish at Friendsgiving this year....

Can you have too many mashed potatoes at Thanksgiving? Pamela at Brooklyn Farm Girl (and all of PA Dutch Country) say “NO!” in this recipe for traditional Amish stuffing.

Will any of these recipes take the top spot in our family stuffing throwdown? Who knows but it’s fun to shake up tradition every once and awhile.

Have you found a favorite Thanksgiving recipe that’s going to be on your table this year? Clip it into the ClipDish app for iPhone and you’ll have to forever.